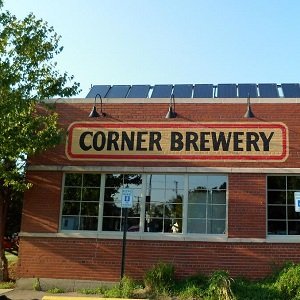 I heard an interesting story this past weekend when I was visiting my hometown of Ypsilanti, Michigan. Depending on who you ask, it’s either a wild success story or a shameful scandal. I’m leaning toward the latter.

For anyone who isn’t familiar with the good ol’ city of Ypsilanti, it’s been through some tough times financially. Wikipedia calls it the Brooklyn to Ann Arbor’s Manhattan. (I lived in Brooklyn for a couple of years and I take this comparison as a compliment, rather than an insult.) The Ypsilanti I grew up in had crime. The new Ypsilanti has hipsters.

A handful of local businesses are destinations in the community. The ownership of most of these bars and restaurants has changed hands over the years, but the locations have basically remained the same for the past 20+ years. In 2006, a new business opened up right around the corner from my parents’ house, aptly named Corner Brewery. People were beyond excited when it opened. Not only was it a brand new place to hang out, but it showed that Ypsi’s economy must be doing better.

There’s another thing you need to understand about Ypsilanti to truly feel the impact of this story. The people who live there have heart. They see the good in the community and what it could become, especially with destination businesses. More people spending money in the area means more jobs, and that’s a big deal. People want to work instead of getting help from the government, but there haven’t always been enough decent-paying jobs to go around.
Corner seemed to come in out of nowhere, turning a vacant building into something positive. Naturally, the community loved it. In fact, they loved it so much, that it was able to quickly grow. The owners expanded the property so it could accommodate more customers, and they hired more employees. They started serving hot food prepared on site, instead of just bar snacks. And their distribution of bottled beer took off. Ypsilantians were stoked to see Corner Brewery beer for sale around the area.

The owners of Corner were so high on support from the community that they decided to take it a step further. Instead of just making money through local patronage, they created a crowdfunding campaign to ask for money directly, with the goal of renovating their kitchen. This might sound strange, since they aren’t a non-profit organization, but crowdsourcing funding has become a popular way in which for-profit businesses raise cash. The idea is that people pay upfront for benefits they will enjoy later, and the business uses the money as a loan. The concept isn’t a bad one, but when it comes to morals, there’s a gray area.

In July, Corner (now renamed ABC Microbrewery, a name that isn’t observed by many Ypsilantians) started an Indiegogo campaign that publicized the poor working conditions in their current kitchen, clearly aiming to tug at heartstrings. About half of the kitchen has always been a screened-in porch, which in itself, is absurd. Employees practically freeze to death in the winter and come close to asphyxiating from lack of ventilation in the summer. Corner’s staff and their friends have known about this for years, but the owners haven’t publicized it, since it’s not exactly up to code. However, this summer the owners decided to finally do something about the kitchen—as long as they didn’t have to pay for it themselves. They created a video to explain the situation to would-be donors. The video features interviews with kitchen employees talking about the terrible working conditions, and the owners talking about how much they want to help their staff. A manager says, “Donating would be championing for a community that really cares about the place that they live…and cares about the success of Ypsilanti.” The video closes by saying that if Corner doesn’t raise the $75K they were asking for, they would need to close their kitchen until they could save up enough money for the renovations.

As a native Ypsilantian, this last part hits you like a ton of bricks. People would lose their jobs if they don’t raise the money. Furthermore, it could hurt other businesses in the area if customers stop coming to Corner because it’s no longer a restaurant. Faced with these facts, the community stepped up and donated. With 360 individual supporters, they raised nearly $79K. People gave anywhere from $5 to thousands. Some of this is undoubtedly from people who aren’t swimming in extra cash. They donated because they like Corner and want Ypsi to get better. (Or at least not get worst.)

So Corner made its goal to renovate the kitchen and finally bring it up to code. What did they do next? Remember all of those kitchen workers you felt so bad for in the video? They were all laid off. The owners told workers it would only be temporary until the renovations were finished, and that they were lucky because they could collect unemployment. So not only did the community donate thinking it would help employees keep their jobs, now they are forced to donate to Corner through taxes that cover unemployment.

It’s been several weeks since kitchen workers were let go, and there’s no word on when they’ll be asked to return. While they’re sitting around playing the waiting game, many have been perusing Facebook (since they have so much free time on their hands) only to see photos of the owners taking lavish vacations. Sure, people are free to spend their money however they like, but it seems to be a very different picture than the one told on Indiegogo.

Implications for the Future
I wanted to share this story because it brings up an interesting question. Is crowdfunding a fair option for for-profit businesses? Unlike a loan, many people donate without getting anything other than a glorified thank you in return. Furthermore, the people who are donating often have less money than the business that’s asking for money.

It seems to me that any business that’s getting crowdfunding has a responsibility to be transparent. After all, non-profit organizations must make their financials publicly available so donors can see how the money is being spent. But for-profit businesses don’t have to share financials, even when they solicit funding like a non-profit. Something about this feels a little slimy. Crowdfunding is a fairly new concept and it faces little regulation. Who knows if that will change in the future, but one thing is certain: reputation is everything. If a crowdfunding campaign damages a business’ brand, they are in a worse position, whether or not they get their shiny new loan.
The limited media coverage of Corner’s Indiegogo campaign doesn’t explain what’s actually happened, but that doesn’t mean people don’t know. Ypsilanti is not a rich get richer kind of place, primarily because there aren’t many rich people. When a business takes advantage of locals on this scale, it doesn’t go unnoticed. It reminds me of the fable of the boy who cried wolf. People in the community responded to a local business’ call for help, but next time, they might just let Corner get eaten.

Amelia Forczak is a Best-Selling Ghostwriter and the Owner of Pithy Wordsmithery, a company that provides strategic ghostwriting, marketing, and consulting for authors and businesses. Pithy Wordsmithery works with clients to ensure the message they are conveying through their website, branding, marketing materials, presentations, and social media is the best possible message for their unique business.